Though unlikely to lead to the next green revolution of agriculture, these tools are perhaps useful in supporting heuristic decision making and giving agronomists and farmers some confidence in their decisions.

While decision support tools, crop models and even satellite imagery have been around for decades, the latest wave of tools differs in its collaborative approach, with private enterprise offering a long-term pathway to market that the research organisations have often lacked.

The latest announcement in this area is the licencing of CSIRO's NutriLogic nutrient management algorithms, based on APSIM modelling, to digital start-up Flurosat. 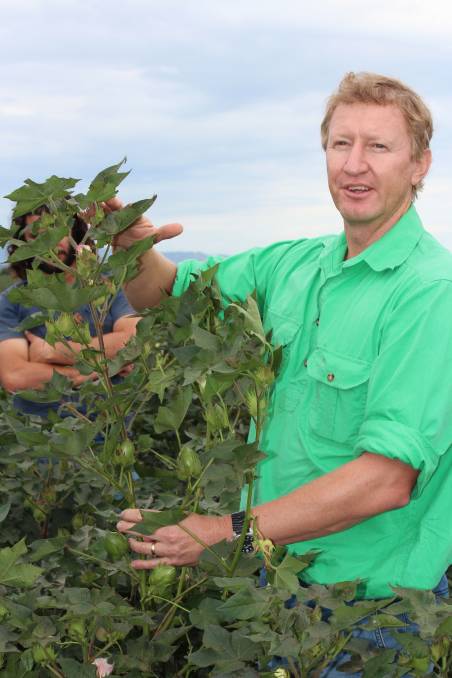 Flurosat, CEO, Anastasia Volkova said NutriLogic, a cotton based nutrition model, would be integrated into the FluroSense platform, which aims to combine data derived from remote imagery with soil, plant and farmer derived data to generate assessments on the health and nutrition of a crop.

Ms Volkova said the integration meant an agronomist could make a nitrogen recommendation from remote imagery without traditional needing to conduct a plant petiole sampling throughout the season.

"What we do to enable that is some calibrations and testing in the region so we can use that to support the model in season," she said.

"We have regional models, not an all of Australia cotton model."

While the idea of removing physical soil and plant tissue testing totally from their workload may appeal, Ms Volkova acknowledges that a plant response to nitrogen can be complicated by other nutritional deficiencies.

"We do test for outliers in the nutrition results, when we calibrate the model we are using all of the nutrients not just nitrogen," she said.

"For example if there is a zinc limitation and it fluctuates hugely across the field or if the farm in general is deficient, we would adjust to say we could not make a prediction off imagery.

"This is the area where it is left to the agronomist to decide whether it is sensible to pull a nitrogen recommendation from the imagery.

"We are not claiming, at this point, we can do without agronomists.

"It is supposed to make them more efficient, make it more science based and make it faster."

Ms Volkova said the Flurosat system was quite accurate when compared to petiole tests, particularly as many petiole tests were sampled incorrectly.

"Petiole tests are a good indication if it is done perfectly, if it is tested in the right spot, if all the conditions and timing are done by the book," she said.

"We have been hitting north of 65 per cent correlation."

Ms Volkova said while soil tests combined with correctly taken petiole tests were ultimately more accurate, most farms did not carry out this regime due to time or cost.

She said a second use option for Flurosat was to conduct some some soil tests and petiole tests within a management zone.

"Flurosat is best suited to scale good data, not to infer data, so you can do testing in fewer fields to get better representation of the situation across the farm," she said.

"We can tell you where to sample best and how many points to sample."

“One challenge for us has been to link our tools to broader efforts in collecting agronomic information and precision agriculture,” he said.

“Our relationship with Flurosat using the Flurosense platform expands our ability to deliver our science in a timely and effective way when it is needed most.”

Dr Bange said as an industry developed tool, NutriLogic would remain available to cotton farmers through the Cot Assist platform and if other platforms were interested in licencing the data they could potentially do so as the agreement with FluroSat was non-exclusive.