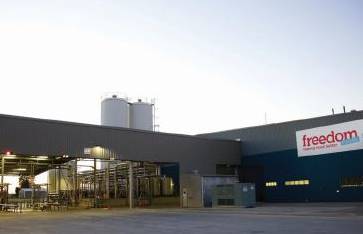 The site had been, until last year, primarily an ultra high temperature (UHT) milk processing plant.

This is a significant transforming opportunity for the company to become a leading dairy nutritionals group - Rory Macleod, Freedom Foods

"This is a significant transforming opportunity for the company to become a leading dairy nutritionals group," said managing director Rory Macleod.

"We will be one of the top three suppliers globally."

Freedom has made an equity raising pitch to investors at a 5.5 per cent discount price of $4.80 a share, half of which is on offer to existing shareholders.

The company's biggest shareholder and major dairy farming backer, the Perich family's Arrovest, will take up its full entitlement as a 54pc shareholder in Freedom.

Arrovest will also sub-underwrite the capital raising, but will not participate in the placement offer to institutional buyers.

Bega would subsequently also become one of the world's largest producers of the specialty protein for the health food and infant formula market.

Its equity raising offer to retail shareholders will run from May 29 to June 11.

About $100m of funds raised will be largely used to accelerate its nutritional ingredient production line expansion this year and next, while $30m has been earmarked for bulking up working capital reserves to help the company meet demand.

The Shepparton plant currently has capacity to produce about 16 tonnes of lactoferrin powder a year.

Mr Macleod said despite doubling UHT production after raising $200m from the share market a year ago, Freedom had actually experienced a "challenging" start to this year. 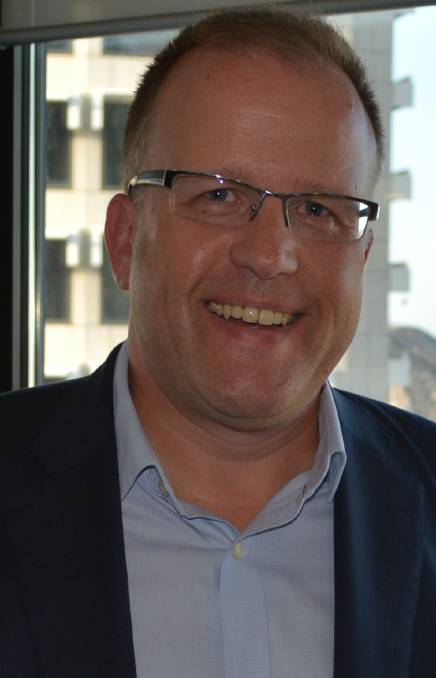 It was struggling to keep pace with significant domestic demand and overseas orders, particularly from China and South East Asia.

At the same time its newly nutritional ingredients capability, which was still being lifted to optimum output, was already forward sold at prices above expectation and could not satisfy orders still coming in.

Mr Macleod said new markets for dairy nutritionals were constantly emerging in the food and formula product sector as was new scientific understanding of the benefits of functional dairy proteins to the human immune system and iron absorption.

Pressure was also on older production plants to reach new purity levels after Chinese regulators lifted their quality standards for products such as lactoferrin.

"We're seeing the market remaining quite high for the next 12 to 24 months," he said.

"We could exploit those extreme pricing opportunities, but we want to take a long term partnership approach with our customers in the global infant formula business.

"We're also working with one or two Chinese players to further develop our product opportunities."

Freedom was working on its long term relationships with its milk suppliers, too, locking in 420m litres for the 2019-20 financial year.

Despite the risk posed by lingering drought conditions undermining its milk production base in NSW's Riverina and northern Victoria, Mr Macleod said the company had offers of up to 500m litres, but did not need that sort of volume just yet.

There are no absolutes when you're dealing with seasonal conditions, but we feel a reasonable degree of confidence about our supply position, and we're not overpaying to secure the milk we need - Rory Macleod

"We have lost some suppliers because of increased price offers, but farmers generally prefer long term financial security so they can plan their business and be confident of getting a guaranteed income to work with," Mr Macleod said.

"There are no absolutes when you're dealing with seasonal conditions, but we feel a reasonable degree of confidence about our supply position, and we're not overpaying to secure the milk we need."

Freedom's partnership with the Perich family and Moxey Farms, which is expanding its 33m litre annual production at Shepparton's Coomboona Dairy to 50m litres in the coming year, also provided confidence the company's expanding milk needs would be met.