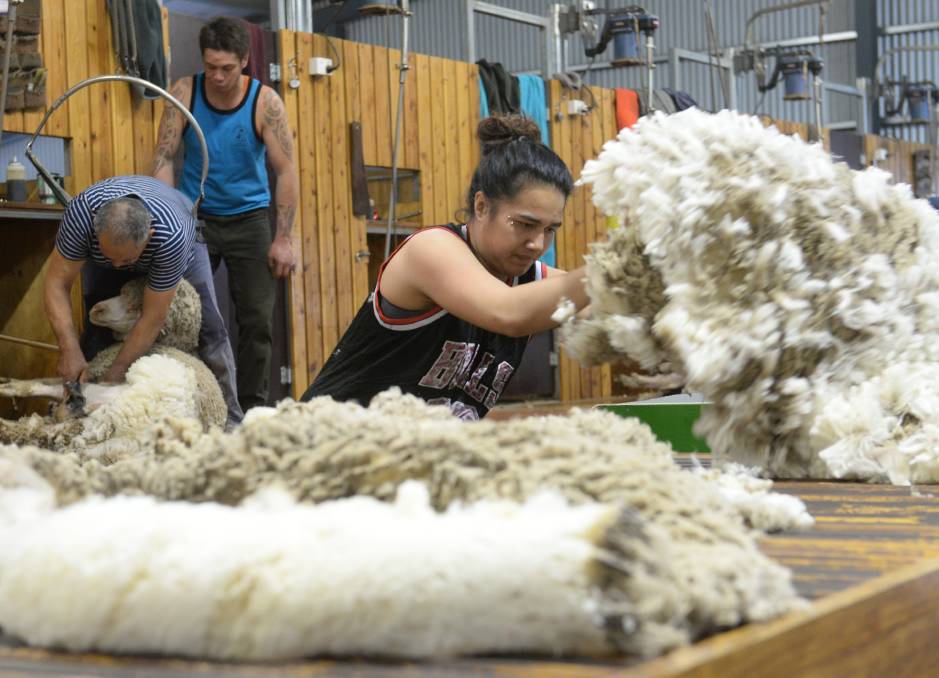 After breaking records during an extraordinary two-year run, the wool market is nervously starting the 2019-20 season spooked by the prospect of suffering serious collateral damage from more China-US trade friction.

Traders are also increasingly uneasy about a future shortage of farm wool supplies.

Chinese textile mills have been scaling down their buying orders and processing activities since April, sending wool auction prices tumbling 172 cents a kilogram in June.

While a last minute restocking spree by buyers revived the Eastern Market Indicator to 1754c/kg before July's winter break, the recovery is not tipped to last long, especially if fears of US tariffs on Chinese clothing exports to America become a reality.

Aside from concerns about a flare up in the US-China trade war, domestic shoppers in China, who consume half that country's processed wool, are spending less, and European and North American demand has also slowed this year leaving mounting stocks of unsold product in wool's pipeline.

China traditionally buys up to 80 per cent of Australia's wool clip to process for local consumption, or for export.

Even if it starts raining tomorrow, it will probably take at least two seasons to see any real recovery in sheep numbers and wool production - Matt Hand, Australian Council of Wool Exporters and Processors

At the very least, woolgrowers should expect a volatile year ahead according to buyers.

Woollen mills had adopted hand-to-mouth buying strategies to avoid being caught with too much raw stock or processed textile lines, while tightening supplies from Australia's shrinking flock would exacerbate the trade's price volatility and supply pinch points.

With drought still biting hard in eastern Australia, national greasy wool production would slide to 285 million kilograms, at best, in 2019-20 according to official industry forecasts.

Today's wool clip is just one third its size in 1990, while the national sheep flock is the smallest since the mid 1920s.

"Even if it starts raining tomorrow, it will probably take at least two seasons to see any real recovery in sheep numbers and wool production," said Australian Council of Wool Exporters and Processors president, Matt Hand.

While Mr Hand was actually fairly positive about prospects for a firm start to the new selling season, National Council of Wool Selling Brokers of Australia executive director and industry analyst Chris Wilcox, said it was no surprise wool's longest running price surge since the 1980s had finally encountered consumer resistance and slower buying orders in May and June.

April's International Wool Textile Organisation congress in Italy had noted European and Chinese mills struggling to pass on the previous year's heady raw wool price rises, which had begun their ascent back in 2016.

Consumer resistance had coincided with economic uncertainty in Europe caused by Brexit and a slowing German economy, and then processors had grown increasingly wary of the China-US trade war's consequences.

The US buys about half its total clothing imports from China - equivalent to about 15pc of all Chinese garment exports.

Melbourne-based Australian Merino Exports principal, Chris Kelly, said exporters were heartened by some recent signs the US-China tensions may be settling and by an upswing in July-August wool shipments. "But the longer term still looks undecided, and demand generally seems subdued because of nervousness about the global economy," he said.

"The drought supply issue is concerning, too, but demand is what really drives the wool market.

"I think demand factors are likely to be a bigger concern this year."

Mr Kelly also anticipated more rationalisation within the Chinese textile sector as reduced supplies and weaker demand combined with ongoing pressure from Beijing to improve the efficiency and environmental footprint of processing mills.

"Mills are already reducing running times from seven to five days a week - we'll see some shutting completely as the industry adjusts."

The exporters' council's Mr Hand noted Chinese processors had lately lost some throughput business to mills in India, particularly South African wool which was banned from China after foot and mouth disease concerns. Yet, he was relatively positive about market demand holding up when selling resumed, and into the medium term.

"We should prepare for more market volatility," he said.

"Forward selling should be something everybody who touches the the market needs to think about.

"The recent run of high prices are good to have, but with so many different demand factors at work, don't expect them to be permanent."

He felt the industry's biggest problems in the years ahead would revolve around longer term wool supply.

"Drought-affected NSW and South Australian pastoral areas alone could represent at least a third of the wool production catchment and they won't rebuild very quickly," he said. 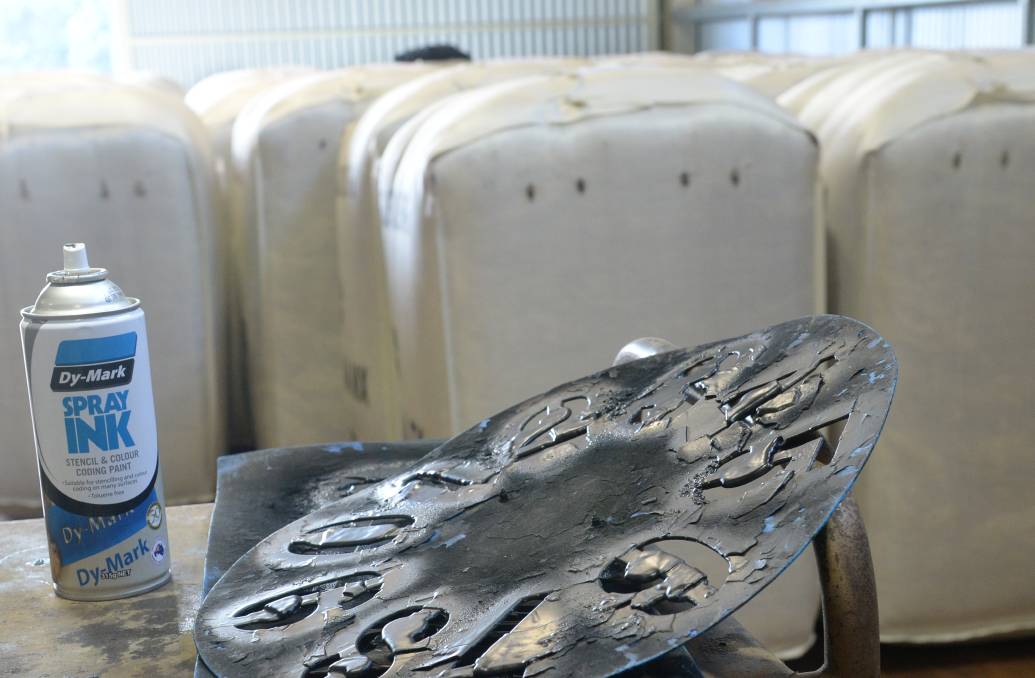 The fact sheepmeat was so desirable for domestic and export markets also meant any wool flock recovery could be delayed as producers opted first for quick cash flow options from prime lamb production, or switched to breeding dual purpose sheep, rather than Merinos for wool.

Flock rebuild to be slow

Even if seasonal conditions are normal in 2019-12, the Australian Wool Production Forecasting Committee has tipped a 4.5pc slide in the wake of a 25pc increase in adult sheep slaughter rates in the first half of last financial year.

The committee also noted average yield was at its lowest point in eight years at 64pc because of the drought's impact on fleece quality.

Wool brokers boss, Mr Wilcox said regardless of whether volumes dropped significantly further in the coming year, the wool market should be well supplied for a few months, or more.

"We're going into the spring shearing season - supplies should be looking good for buyers at least until October."