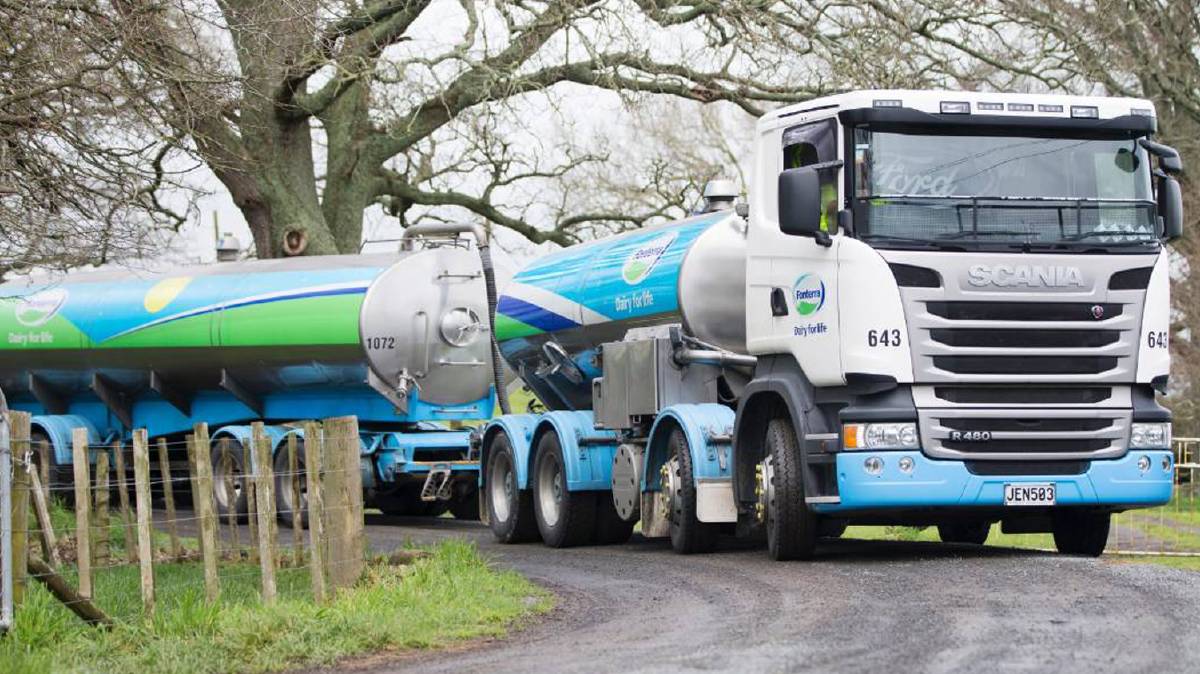 INTAKE WARNING: A New Zealand bank economist has warned that if the country's total milk intakes fall then Fonterra's share is likely to be eroded more quickly.

One of New Zealand's biggest banks has given a scathing assessment of Fonterra's financial performance and new strategic direction.

One of New Zealand's biggest banks has given a scathing assessment of Fonterra's financial performance and new strategic direction.

"Moreover, its underlying business profit has fallen year-on-year for three years and one can no longer ignore the pattern of one-off events such as Beingmate, Danone and more recently the asset write downs to China Farms and other businesses," Mr Penny said.

And another NZ bank has sounded a warning about the risk for Fonterra if NZ total milk intake falls, as it comes under pressure from increased environmental and farm management regulation.

The banks' comments came after the NZ dairy giant reported a $NZ605 million loss for 2018-19 - following on from a $NZ196 million loss last year.

The company also announced a new NZ-centric strategy, pulling back from its ambition to be a major global dairy company.

The company said the new strategy would return it to profitability - with a stated ambition to lift return on capital from 5.8 per cent to 8.5pc in three years and 10pc in five years.

But Mr Penny said he was "healthily sceptical, given the string of poor results".

"We take Fonterra's profit expectations with a large grain of salt," he said.

"The refreshed strategy sounds sensible on paper, but Fonterra has no clear track record of executing its strategies or meeting its profit expectations."

Mr Penny said as a major player in the New Zealand economy, Fonterra's ongoing underperformance had been disappointing.

Mr Penny said although Fonterra's loss was driven by asset writedowns totalling $NZ826 million, the profit trend was also down.

Normalised Earnings Before Interest and Tax fell 9pc from 2017/18 to $NZ819 million - for the third consecutive year.

And while Fonterra had reported lower debt levels, this was largely due to selling assets - including businesses that were profitable for the company, Mr Penny said.

ANZ NZ agriculture economist Susan Kilsby sounded a warning about the impact of a potential reduction in Fonterra's NZ milk supply in future.

"Competition between milk processors for NZ's milk supply is expected to become more intense in coming years," she said.

"The total supply of milk in NZ is expected to come under pressure as environmental and farm management regulations intensify and land moves to alternative uses.

"If New Zealand's total milk intakes fall then Fonterra's share of this milk is likely to be eroded more quickly."

Ms Kilsby said Fonterra had maintained its 2019/20 milk price forecast at $NZ6.25-$NZ7.25 a kilogram milk solids and had forecast earnings to be in the range of NZ15-25 cents per share (which under its new dividend policy would equate to a NZ6-15 cent dividend).

"However, retaining a portion of the milk price remains a distinct possibility and a risk to suppliers," she said.

"While cutting back payments to its farmers suppliers is certainly not something Fonterra would wish to do, it has advised ratings agencies that this is something it can do (and has previously done) to manage financial risk.

"Rating agencies view this flexibility as positive, as it protects the interest of creditors."