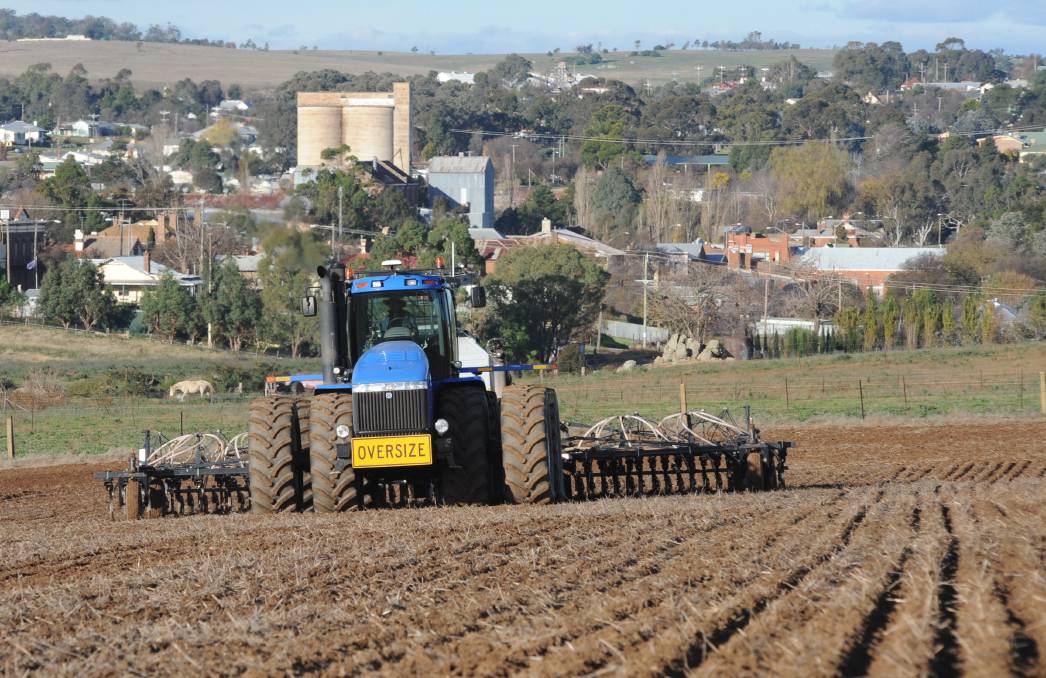 As the Australian share market ended March posting its worst trading month since 1987, following a 31 per cent slump in February, farmland investments are looking brighter by the week - even in a drought.

Despite a drought-savaged 12 months for many farmers, annualised returns on corporate-sized farming operations dipped only marginally in 2019 - down from 13.8pc to 13pc according to the Australian Farmland Index.

In the final quarter of 2019 land value increases yielded a 2.2pc return, helping compensate for a leaner 0.9pc in income to achieve total gains of almost 4pc.

Drought conditions actually helped fuel the big sales and valuation jumps, because many landholders experiencing tough seasons were reluctant to put farms up for sale, reducing the choice for buyers.

Since it was established in 2015 to monitor income and land valuation returns on a $1.1 billion portfolio of horticultural and broadacre agricultural assets, the farmland index has posted annualised yields of just under 14pc.

Co-ordinator, Frank Delahunty said agricultural investing's positive return at 13pc for the year (5pc from income and 7.7pc from assets) despite a serious states drought, was stark when viewed against falling equity values and the share market's volatility.

About 73pc of the $1.12b asset mix is now permanent horticultural crops, such as almonds, citrus avocados and grapes, with the other properties focused on cereal, oilseed and pulse crops and livestock grazing.

The things which are largely drivers of the farm economy and the farm investment market are genuinely overwhelmingly positive - Danny Thomas, CBRE

Mr Delahunty said 2019's returns suggested now could well be an opportune time to consider the merits of agriculture in a diversified portfolio.

Despite widespread coronavirus uncertainties now prevailing across Australia, he said real assets, particularly agriculture, were sure to lure investors away from the instability of equities markets. He also saw continued upside in property because of underlying strength in farm commodity values; good recent rainfall in eastern Australia, West Australia and the Top End, and multiple factors relating to the exchange rate, now around the US60 cent mark - or about US7c lower than a month ago.

The lower dollar not only made farm exports more competitive, but overseas land buyers could now afford to spend more, while existing offshore investors were likely to stick around for longer because they had probably invested when the currency was more expensive and would not want to lose money by selling now.

"I know people expect a selling agent to say this, but the things which are largely drivers of the farm economy and the farm investment market are genuinely overwhelmingly positive," he said.

We've got active buyers, but vendors have been more inclined to be pondering when the best time might be to sell - Mark Brooke, Nutrien Harcourts

Nutrien Harcourts general manager Mark Brooke said while Australians probably needed a couple more weeks to ponder how the pandemic could pan out, any rural property market uncertainty now tended to be on the vendor's side of the fence than the buyer's.

"We've got active buyers, but vendors have been more inclined to be pondering when the best time might be to sell," he said.

Whatever happened, he said overall fundamentals for agriculture, including the season and exchange rate were attractive, and farmers were "knuckling down to take advantage of that".

Even though there's been a lot of other distraction happening in 2020 we still expect positive market growth - Wes Lefroy, Rabobank

Trends during the past year or more suggested demand was continuing to be "quite strong, particularly in the higher capacity production end".

"If demand has slowed anywhere it's been more in the medium to lower tiers, but even though there's been a lot of other distraction happening in 2020 we still expect positive market growth," he said.

"In the past agriculture and property trends have proven pretty resilient to economic shocks.

"Yes, the GFC did see the market fall marginally, but not nearly as significantly as other asset classes."