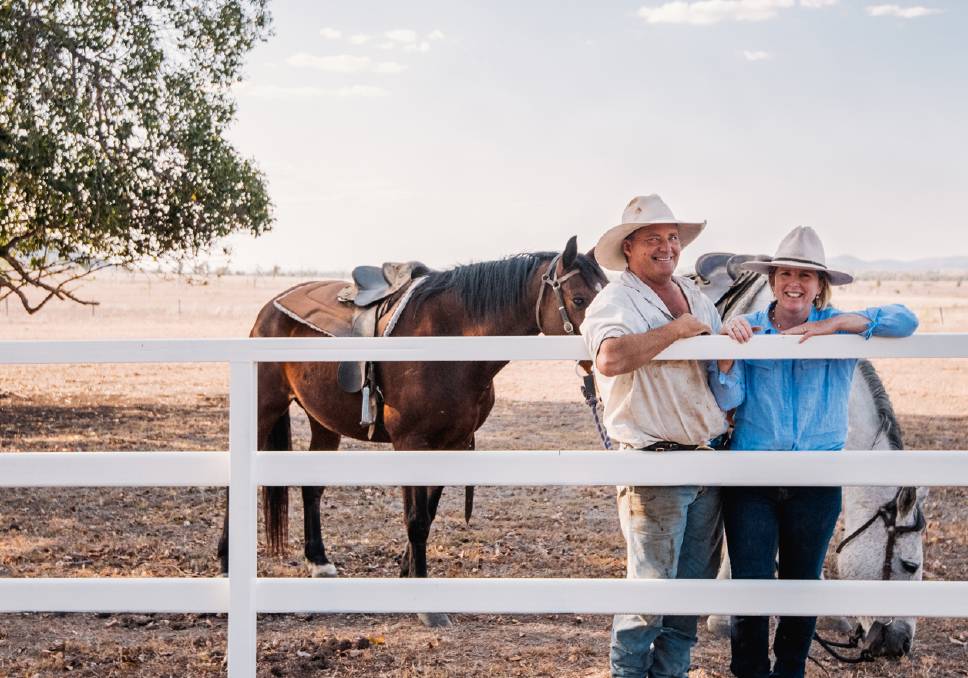 Nobody believes the coronavirus pandemic is a good thing, but Central Queensland cattle producer Melinee Leather feels in just a few short weeks it has achieved wonders in awakening Australians to just how easily obscure diseases can arrive and spread.

The farm sector's obsession with strict biosecurity controls to prevent foreign diseases, pests and weeds landing here has suddenly gained a new level of understanding and empathy, she hopes.

Given 75 per cent of the world's new human diseases - including COVID-19 - actually originate from animals and the reverse can also happen, Mrs Leather hoped to see a new respect for agriculture's biosecurity efforts.

More farmers also needed to recognise they did not yet have good enough risk prevention strategies.

"Biosecurity not only protects our people, our animals and our environment from unwanted pests and diseases, it protects our markets and our national economy," she said.

"While Australia only has about two per cent of the global cattle herd, as the world's third largest beef exporter we rely on overseas markets to buy 70pc of what we produce.

"Those markets mean our red meat and livestock industry turns over almost $66 billion a year and employs more than 400,000 people."

Any visitor, vehicle or outside equipment on a farm may put the industry at risk, especially as it was easy for Australian travellers or migrant workers to move around the country or internationally, unwittingly moving dangerous pathogens or plant material with them.

There's a lot at stake here and some people still think they're entitled to access your place as they wish - Melinee Leather, Barfield Station, Banana

While Australians loved outdoor pursuits such as fishing, camping, bushwalking, or shooting pigs and roos, and going off-road in four wheel drives and trail bikes, they must realise farms were not places to randomly drive through, or hunt on, even if that may have been acceptable 10 or 20 years ago.

"I'm not pointing the finger at anybody specifically, but there's a lot at stake here and some people still think they're entitled to access your place as they wish," she said.

"We've put signs up, but it's still difficult to monitor our boundaries and gates, especially where we adjoin state forest.

"As landholders we rely on people's honesty and hope everybody understands what's happening in the world today might happen to our industry.

All visitors, machinery, livestock and fodder arriving on Barfield Station at Banana, or the other two holdings, were considered potential biosecurity threats and a risk to the enterprise's organic or European Union market accreditation.

All introduced cattle were quarantined for a minimum of 21 days and monitored, including stock moved from the family's other holdings up to 350 kilometres away.

Feed purchases must be guaranteed free of unwanted soil, seed or pests.

Cattle could only be brought in if they had lifetime traceability and had vendor declarations, health statements and National Livestock Identification System devices.

Visiting contractors, agents, meat buyers or others were expected to phone ahead first, clean their vehicles at nearby council washdown facilities before arriving, park in designated areas and sign a register.

While there was no "one size fits all" strategy for Australian farms, a good, workable biosecurity plan, good traceability rules and constant monitoring were vital first steps, and also provided clear courses of action in crisis management situations like floods or bushfires. 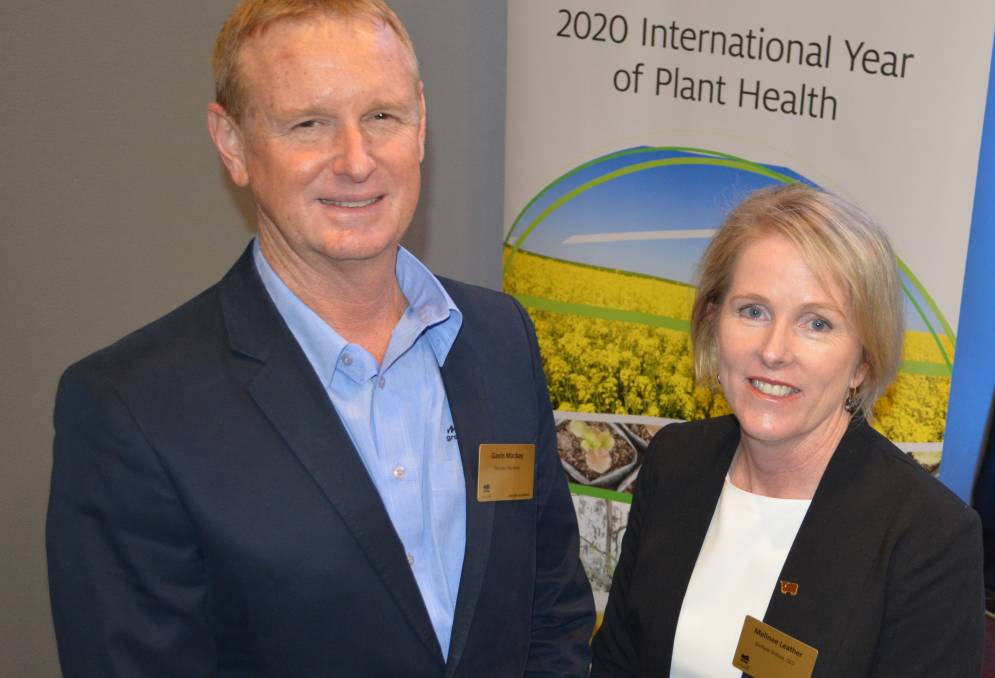 Mrs Leather told the recent agricultural Outlook 2020 conference in Canberra there was no such thing as zero risk when it came to biosecurity.

She said for agriculture to achieve its $100 billion productivity goal by 2030 everybody must take responsibility for protecting the nation's biosecurity.

Fellow speaker and North Queensland banana farmer Gavin Mackay agreed, highlighting the value of keeping farm workers and the community fully engaged in biosecurity priorities and expectations, and aware of what was at stake if they broke down.

Moving early to ramp up biosecurity was far easier and cheaper than responding after a problem emerged.

The Mackay family, whose fourth generation 1200ha Tully Valley farm produces about 10 per cent of Australia's bananas, is surrounded by 50 kilometres of pig mesh fencing, with three strands of barbed wire, to keep feral animals out.

Even though the early precautions didn't stop panama disease, it put us in the right mindset to understand what was needed and gave us the mental resilience to deal with the pressure - Gavin Mackay, Mackay Farming Group, Tully

The farm was only accessed through specific sanitising washdown points, and vehicle movements in plantation areas were kept to a minimum.

Staff and visitors in packing sheds wore white gumboots, while only specific black boots were worn on the farm, preventing movement of soil or vegetation.

However, despite their best efforts the Mackays had twice in the past three years been forced to take drastic action to control unexplained outbreaks of TR4 Panama disease in isolated pockets.

Clean up measures included fencing off the infected hot spots, removing and destroying all potentially infected plants, applying a kilogram of urea every metre over the area to fumigate the soil, and never growing a crop in that location for another 50 years.

"Even though the early precautions didn't stop panama disease, it put us in the right mindset to understand what was needed and gave us the mental resilience to deal with the pressure," Mr Mackay said.

"I'd say other farmers in the area are certainly happy we had good biosecurity strategies in place."