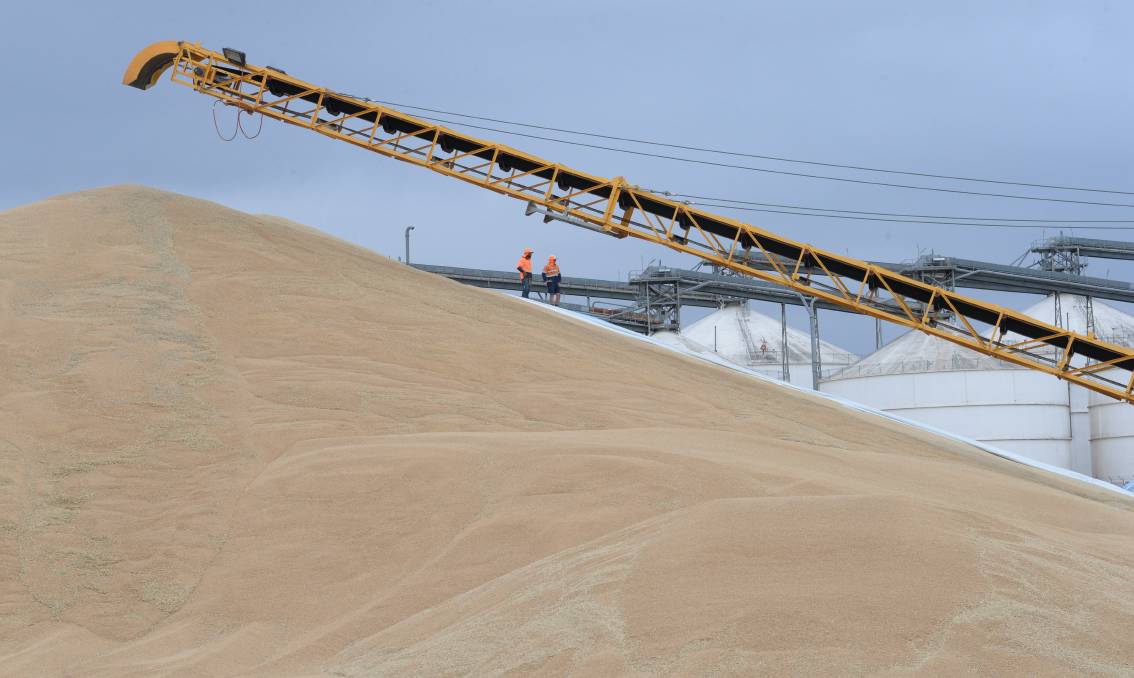 Rain-revived GrainCorp is on track to store up to 16.5 million tonnes of grain in its east coast silos, load its biggest export shipments in years and a post a profit nudging $85m in 2020-21.

That compares with total crop receivals of just 4.2m during drought-hammered 2019-20 and a loss of $16m.

In the wake of crippling 80 per cent tariffs recently imposed on Australian barley sales to China, the grain handling, marketing and processing company has also been widely diversifying its sales footprint for this year's big crop, broadening its market destinations from 30 countries to 50.

It was closely looking at plant-based protein foods such as nutritional supplements and fake meat, and growing its already solid position in Australian and New Zealand stockfeed markets.

He told this week's annual general meeting new growth opportunities would be assessed in agriculture and related industries.

"We are really well positioned to be at the head of those emerging markets," he said after the meeting.

While not disclosing any specific game plan in the animal nutrition segment, he said GrainCorp's agenda would focus on its existing assets, including its services to the dairy and feedlot industries.

Livestock feed services represented significant potential for growth and innovation where the business could leverage its current investments and expertise.

Its partnership stake in CSIRO's methane-reducing seaweed-based stockfeed company FutureFeed reflected that potential as a "game-changer in the global animal nutrition market".

Mr Spurway saw FutureFeed as a really good chance to be innovative outside GrainCorp's existing base, including, potentially, in new overseas markets.

In line with these business strategies, chairman Peter Richards told shareholders his board of directors was also rethinking its own composition.

"We have embarked on a comprehensive review of board composition skills and capabilities ... closely aligned to our core business and targeted growth strategy," Mr Richards said.

After spinning off its malt division to float United Malt early last year, GrainCorp's board has three other non-executive directors - new recruit Kathy Grigg, long serving farmer and economist Dan Manglesdorf, re-elected for his 14th year this week, and prominent agribusiness board boss and farmer Don McGauchie, who has served 15 years.

Mr Richards said the current season yielded one of the biggest winter crops on record.

Records were broken at 62 of GrainCorp's regional receival sites.

Its silos have subsequently, so far, taken in 13.8m tonnes - almost 1m more than was stored at the same time after the bumper 2016-17 harvest.

Port terminals in Queensland, NSW and Victoria are booked to near capacity until September, having already shipped out 1.7m tonnes since October.

GrainCorp has forecast it will achieve total receivals, including the current summer crop, of between 15.5m tonnes and 16.5m, and export throughput will be in the 7.5m and 8.5m tonne range.

"I want to acknowledge the difficulty and hardship caused by the extended drought and the incredible fortitude and resilience shown by everyone working in agriculture," Mr Spurway said.

"The good news is, for many of us, the drought has broken across much of eastern Australia and we experienced near optimal winter crop growing conditions last year."

Based on such a bullish start to the trading year's first four months, he has tipped a full year underlying net profit after tax of between $60m and $85m.

Despite three previous years of deteriorating harvest results, Mr Spurway, who started his job 11 months ago, said he inherited a business "in good shape".

"But while this year's much bigger crop has been a huge advantage to our business, we are very mindful of the fact we need to be stronger for bad seasons, and good.

"We need to make hay in these good years and future-proof ourselves, optimising our core assets and capabilities, being focused on customers' needs and their profitability, and developing new opportunities rather than relying on seasonal momentum."