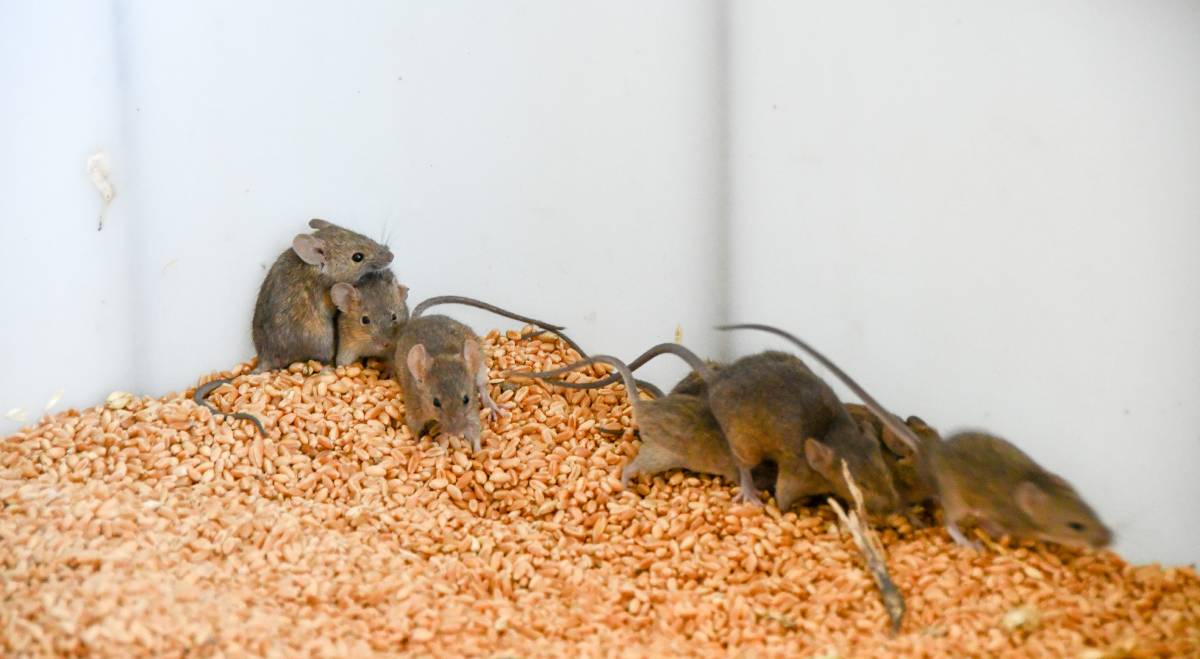 MICE DAMAGE: Plagues of mice have not only been damaging stored grain and hay and crops in paddocks but also farm machinery and infrastructure according to a NSW Farmers Association survey.

Mice also have a big appetite for farm machinery and infrastructure according to a NSW Farmers' survey.

Chair of NSW Farmers' grains committee Matthew Madden knows how it feels to have a piece of farm machinery destroyed by mice.

Mr Madden, who farms east of Moree, was a key player in successful efforts by NSW Farmers and the Country Women's Association to get the NSW Government to provide emergency help to fight the destructive mice plague across much of the state's inland cropping regions.

In response the NSW government has rushed out a $50 million package including free bait and financial aid.

Mr Madden recently lost his field bin and auger tractor to a fire which an insurance assessor subsequently found had been caused by a mouse chewing through a live wire.

While Mr Madden concedes the Case tractor was old he said it was still doing a valuable job in his cropping operation and now had to be replaced in a market where quality used tractors were hard to find.

UP IN SMOKE: Moree farmer and NSW Farmers' grains committee chair Matthew Madden lost a tractor when mice chewed through a live wire and the machine ignited.

He said the tractor had been parked in a paddock a few kilometres from his homestead and little could be done to save the machine which was totally destroyed.

Mr Madden said a NSW Farmers' survey to get a clearer picture of the impact of the mice plague showed 83 per cent of the 1100 respondents reported damage to farm machinery and infrastructure.

He had heard anecdotes of mice damaging farm machinery including $38,000 to replace wiring in a header west of Moree.

Mr Madden said he would be talking to farm machinery dealers to get a better understanding of the problem.

Luckily his burnt tractor was protected by comprehensive insurance but said mice damage might not be covered by other types of farm insurance policies.

Mice enjoying my new truck. Twice as many jumping off the back once we started it. They still on the increase in southern NSW. Rain on the decrease. pic.twitter.com/dHlz0TDxMn

Mr Madden said some farmers were now leaving farm machinery out in the open rather than parking them in sheds swarming with mice.

Farmers were keeping machinery as clean as possible and using bait for protection.

He said most modern farming equipment heavily relied on sophisticated electronics and mice damage to key technologies such as GPS guidance or a monitor on an air seeder could be costly, particularly in terms of cropping efficiency.

Farmers have been posting videos to social media which show mice scurrying around sheds and all over vehicles and machinery.

Typical was a graphic upload to Twitter from Lockhart, southern NSW, farmer Andrew Bouffler which showed mice scampering all over his new truck.