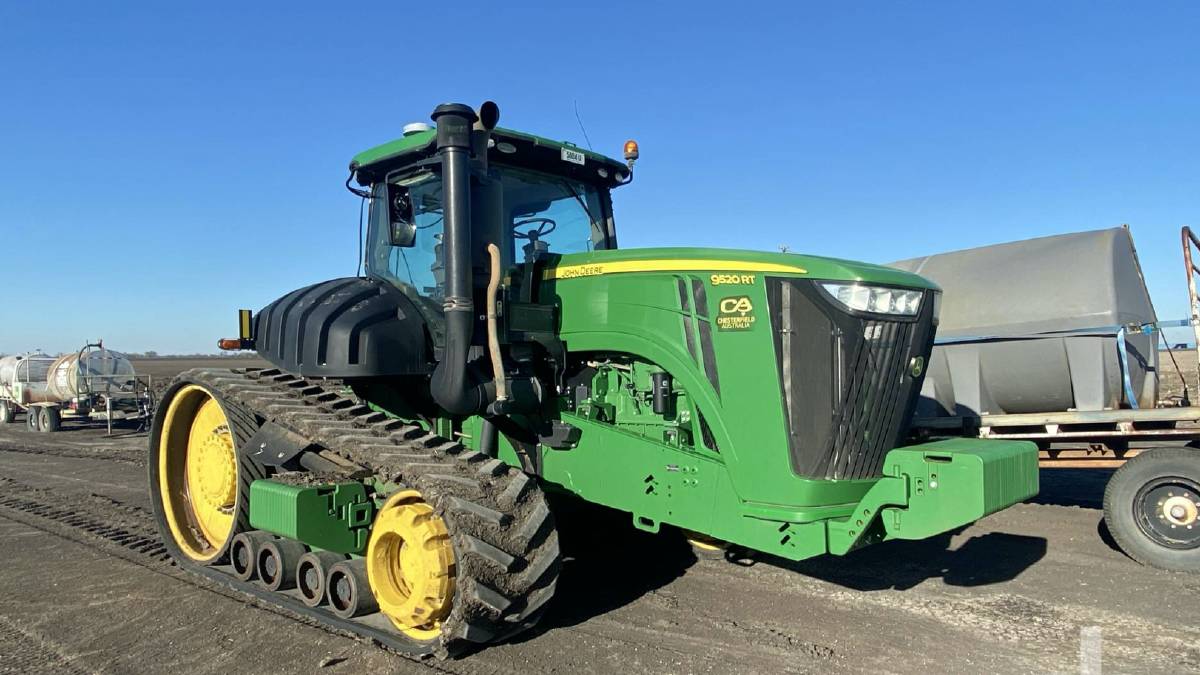 One of the biggest machines on offer in the Ritchie Bros Machinery Muster on September 9 will be a four-year-old John Deere 9520RT track tractor with under 4000 hours on the clock.

These factors have sparked a rise in prices for used machinery and Ritchie Bros agricultural territory manager Gary Biggs said it is a seller's market at present.

Ritchie Bros is Australia's largest used agricultural machinery auction company and is leveraging off this demand to hold a Machinery Muster next month.

More than 150 lots have already been listed, with Mr Biggs saying more items were being added every day.

He said for a standalone agricultural auction this is quite a few lots but they are expecting it to increase by 100 or more before sale day rolls around on September 9.

"It's a seller's market so here is the opportunity to market products nationally, if not globally, and take advantage of the strong prices that are out there," Mr Biggs said.

The Machinery Muster is expected to be the largest in a number of years and the biggest unreserved agricultural auction in Australia in 2021.

Agricultural auctions held at Moree and Dubbo have previously grossed north of $7 million.

Mr Biggs said it was hard to quantify how much second-hand pricing had increased by, however it was linked to the significant increases in new pricing over the past year.

"New pricing has driven the used pricing up due to the demand, the lack of new gear and the lack of quality used gear," he said.

Equipment for the auction can be dropped off at Ritchie Bros' eight locations across the country; Forty Mile, Brisbane, Moree, Dubbo, Mittagong, Geelong, Adelaide, and Perth.

Ritchie Bros auctions are online only, however Mr Biggs said one of the key components of their business was that buyers have the ability to visit the yards and inspect the machinery, have it inspected by a third party or talk to staff if they are unable to attend in person.

"Our yards are still open for inspections and the majority of our customers are essential workers so have some ability to move around," he said.

One of the biggest machines on offer will be a four-year-old John Deere 9520RT track tractor with under 4000 hours on the clock.

Mr Biggs said a vast array of smaller tractors had already been listed and quite a few late model, low hour John Deere tractors would be offered.

"At the moment the ag space is booming," he said.

"From a farming perspective, commodity prices are high, everything is high in the ag space.

"The supply and demand is obviously driving it; we have limited new stock available from dealers due to the current climate and with there being a bit of money around, instant tax write-offs and buoyancy in the sector, it creates the perfect market for gear to really sell well."

The Machinery Muster will take place on September 9 and bidding starts at 9am.