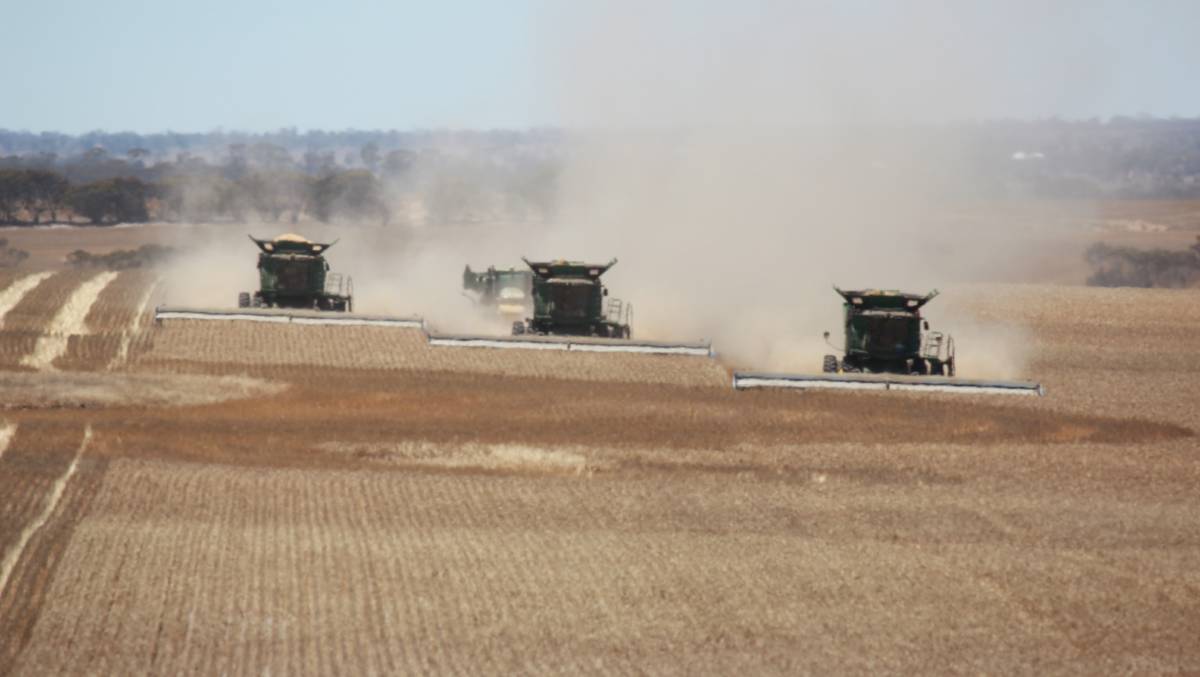 As farmers get ready for a big harvest here in WA, many have been frustrated that the delivery of their new machinery has been stalled due to an industrial dispute.

$50m in machinery caught up in Fremantle port dispute

DELIVERY of 53 combine harvesters, supposed to be ready in time to help Western Australian graingrowers with this season's potential record harvest, will be delayed because of industrial action at Fremantle Port.

The combine harvesters, along with 44 tractors and other "agriculture machineries" with an estimated total value of more than $50 million, are on five roll-on, roll-off (RoRo) vehicle carrier ships that were supposed to discharge the cargo at Fremantle Port, but were prevented from doing so by the dispute that has intermittently disrupted port operations since July 30.

The ships, operated by Wallenius Wilhelmsen shipping company, are now expected to discharge their WA cargoes at Melbourne and Adelaide ports today and tomorrow.

All of the combine harvesters are pre-sold to WA graingrowers who ordered them, paid a substantial deposit and, in many cases, traded in their existing combines last year so they could have the new combines in time for this season's expected 19.3 million tonnes harvest, which has already begun in the Geraldton port zone.

It is understood combine harvesters from a range of manufacturers are onboard, as some of the ships came via the Panama Canal from the United States, while others came from Europe via South Africa and Reunion in the Indian Ocean.

Most of the tractors are also believed to have farmers' names on them, with very few large agricultural implements currently being brought into WA as dealer stock because of production shortages and supply chain difficulties stemming from the COVID-19 pandemic.

Finding enough interstate truck drivers and wide-load escorts for the five-day trip from Melbourne and four-day trip from Adelaide to bring the combine harvesters, in particular, back to WA quickly for harvest is expected to be a "logistical nightmare", according to the Farm Machinery & Industry Association (FM&IA), which represents the dealers importing the combines and tractors.

Melbourne, where 25 of the combines and 37 of the tractors ordered for WA are now expected to be offloaded, is the world's longest COVID-19 lockdown city and infection rates there early this week set a new Australian record. 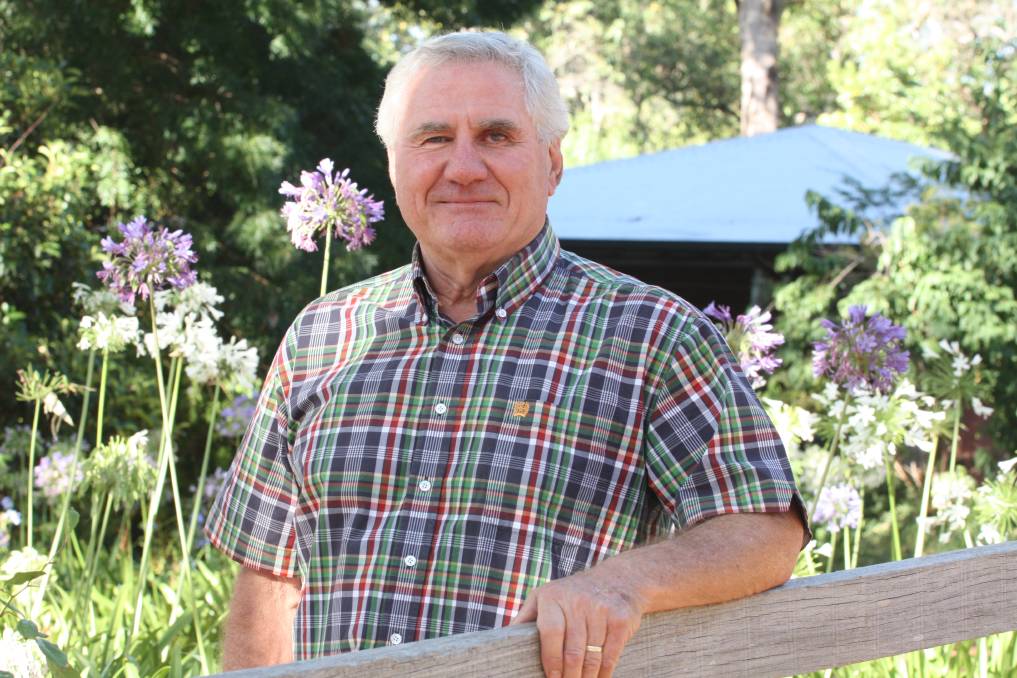 Farm Machinery & Industry Association (FM&IA) executive officer John Henchy warned Agriculture and Food Minister Alannah MacTiernan and Ports Minister Rita Saffioti in August lingering industrial action at Fremantle Port was a threat to the State's graingrowers and FM&IA members getting vital equipment needed for harvest in time. Now 53 combine harvesters that could not be offloaded at Fremantle, will have to be brought back to WA from Melbourne and Adelaide.

The FM&IA and WA agriculture machinery dealers with machines about to be unloaded at Melbourne are hoping special approval will not be required from health authorities to remove the equipment from the port and transport it across Victoria into South Australia and WA while the COVID-19 infection rate is so high.

COVID-19 tests and G2G passes will need to be organised before transport drivers and escorts in the combine harvester and tractor convey are allowed into WA.

Who will pay for the additional freight costs in getting the equipment back from Melbourne and Adelaide has not yet been established, but it is likely that manufacturers, dealers and farmers will each have to pay a proportion of the additional cost.

As previously reported in Farm Weekly, FM&IA executive officer John Henchy had written to Agriculture and Food Minister Alannah MacTiernan in August warning that if not resolved, the industrial dispute at Fremantle Port had potential to "impact farmers by our members being unable to acquire and pre-delivery equipment ready for this hay and harvest season".

Mr Henchy had also asked that his letter be passed on to Ports Minister Rita Saffioti.

The industrial dispute is between stevedores who are members of the Maritime Union of Australia (MUA) WA branch and their employer QUBE Ports at Fremantle over safety, rosters, shift allocations and worker fatigue issues.

The FM&IA and its dealer members first became aware of the combine harvesters and tractors not being offloaded at Fremantle on Friday when Wilhelmsen contacted dealers with equipment on its ships to inform them the ships would be diverted to Melbourne and Adelaide.

Wilhelmsen told the FM&IA it had considered Bunbury, Albany, Geraldton and Esperance Ports as WA alternatives to discharge the cargos, but facilities at those ports were deemed unsuitable for RoRo-type cargos, so the ships were diverted to Melbourne and Adelaide as the next nearest suitable ports.

Three of the ships had arrived off Fremantle early last week and one had docked for 25 hours last Thursday and Friday at H Berth, Fremantle Ports' RoRo dock, but could not unload 14 combine harvesters and 20 tractors onboard because stevedores were not available during that time to drive the combines and tractors off the ship onto the dock.

Fremantle Ports' ship movements website showed the four-year-old 66,802 tonne vehicle carrier Mv Morning Prosperity was tied up from 9.10am Thursday until 10.05am Friday at H Berth.

Foreseeing trouble discharging cargos at Fremantle because of the ongoing industrial action, Wilhelmsen had contracted an alternative stevedoring provider, LINX Port Services, on a ship-by-ship basis during the dispute period - other stevedoring companies are not involved at this stage in the MUA's dispute with QUBE.

The Freight & Trade Alliance (FTA) and the Australia Peak Shippers Association (APSA) were told by Wilhelmsen that shortly before the Morning Prosperity was due to start discharging cargo at 1.30pm Thursday a group of MUA members gathered at the main gate to Victoria Quay and LINX stevedores declined to enter "in fear for their safety".

The LINX stevedores were called up again at 7am on Friday but did not show up, the FTA and APSA were told.

Morning Prosperity joined them Friday and the three set sail on Sunday, with the Tamesis heading for Adelaide and the other two for Melbourne.

Wilhelmsen also diverted two other vehicle carriers, Mv Carmen and Mv Thermopylae, bound for Fremantle with nine combine harvesters and 13 tractors to be unloaded, to Melbourne before they reached WA waters.

Mr Henchy described the situation as "extremely frustrating" for farmers and machinery dealers who had promised in good faith the equipment would arrive in time, particularly as the State government had already been warned that it could happen.

"We've got a potentially record harvest to bring in and the equipment to help do that is being prevented from being unloaded here and will end up in Melbourne and Adelaide and have to be brought back somehow," he said.

"With COVID, factories have been impacted and the supply chain has been affected, so some products have been in short supply anyway and shipping schedules have also had an impact on the timely receipt of goods, so we don't need the unnecessary disruptions at our ports.

"City people don't seem to understand that harvest is a culmination of a years' work for our farmers, unlike other industries which mostly generate income every day of the year, so when we get this selfish attitude by a few it really hurts our industry, but that is clearly of no interest to them."

Mia Davies, Opposition leader and The Nationals WA MLA for the Central Wheatbelt, where many of the combine harvesters will eventually end up once they come back to WA, attacked the State government for its lack of action to ensure vital harvest equipment could reach farmers in time.

"This Labor government has been missing in action when it comes to supporting our State's agricultural industry and the issue at Fremantle Port is another example of their failure to address critical issues impacting this $11 billion sector," Ms Davies said.

"Labor's inaction and lack of support is another setback for farmers who are already struggling with skilled worker shortages.

"With harvest already underway in parts of the State, their indifference to this latest challenge adds insult to injury," she said.

A spokesperson said the government is "monitoring the ongoing industrial dispute occurring at Fremantle Port and is aware of the concerns held by industry".

"It is disappointing that some containers (sic) are having to be unloaded in the Eastern States and returned to WA by road or rail," the spokesperson said.

"We are living in unprecedented times and are facing major global supply chain issues which are being exacerbated by this action.

"The State encourages the Commonwealth Government to work constructively with QUBE and the MUA (the dispute comes under the Commonwealth Fair Work Act which gives the Commonwealth authority to intervene, but the port operation is a State matter) to find a solution to the industrial dispute to minimise any economic impacts."

"Wallenius Wilhelmsen can confirm that due to the ongoing industrial dispute between QUBE and the Maritime Union of Australia at Fremantle we have redirected several vessels from Fremantle to other ports in Australia.

"This is despite our engaging Linx Cargo Care's stevedoring services at Fremantle as an alternative to QUBE until the dispute has been settled.

"Our focus remains on minimising any supply chain disruptions to our customers.

"We continue to believe that these actions are disruptive to not only us and the trade into the Port of Fremantle, but to the people and businesses in Western Australia who depend on the cargo that our vessels are carrying.

"The latest disruption have resulted in the following:

Mv Tamesis will now discharge 28 combine harvesters and seven tractors in Adelaide instead of Fremantle.

Mv Morning Prosperity will now discharge 14 combine harvesters and 20 tractors and agriculture machineries in Melbourne instead of Fremantle.

Mv Tamerlane (will discharge) two combine harvesters and four tractors and agriculture machineries in Melbourne instead of Fremantle.

"In addition, we have also been forced to make contingencies for two other vessels (Mv Carmen and Mv Thermopylae) that originally were due to arrive in Fremantle, to also discharge their cargoes in Melbourne - including nine combine harvesters and 13 tractors and agriculture machineries.

"Wallenius Wilhelmsen has served the Australian market continuously since 1895 and is highly committed to providing a healthy and safe working environment for our teams, suppliers and customers."