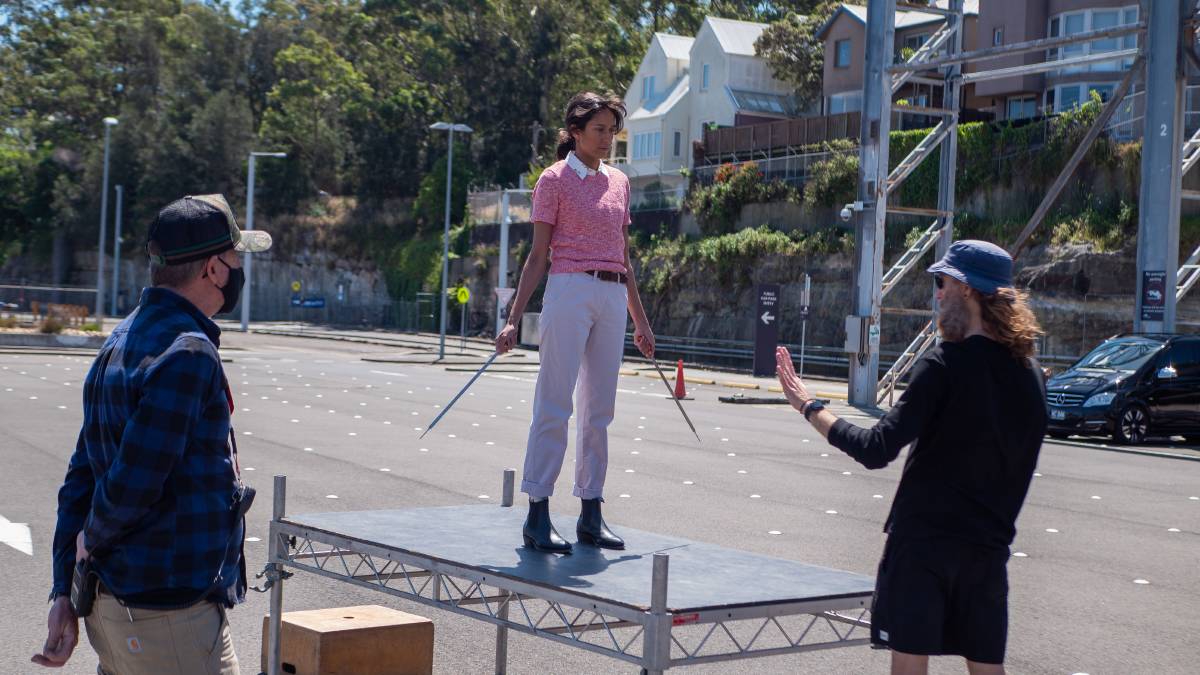 A glimpse behind the scenes during the shooting of the 2022 MLA summer lamb television commercial.

It's the commercial that got Australia talking this week, but what really goes into putting together Australia's summer lamb advertisment?

Meat & Livestock Australia's annual summer lamb campaign set tongues wagging with its take on Australia's isolation during the pandemic, but few people know the depth of work that goes on behind the scenes.

From secrecy around the content to COVID restrictions, there were plenty of factors at play ahead of the launch of the television commercial this week.

MLA domestic market manager Graeme Yardy said creating the advertisement involved about six months of writing and planning, three days of shooting and three to four weeks worth of editing.

"We have actually been fortunate the last two years that at the time of shooting restrictions have been pretty much minimal... with the window we had this year we still had to do all the checks of people being on set, everyone had to be double vaccinated and wear masks when we were indoors, but other than that we were able to have the number of people we needed," he said.

"There's a lot of work that goes into it but it's very satisfying when we see it come together."

"I think he really relished his part in it this year," Mr Yardy said. 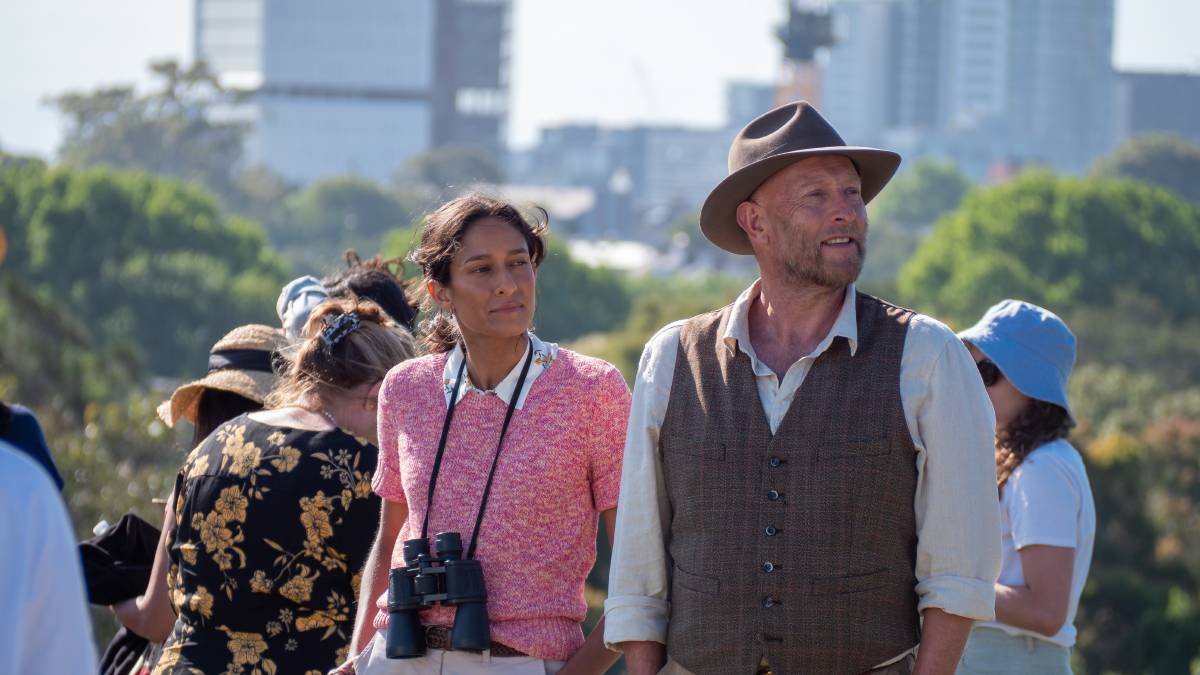 The MLA summer lamb campaign takes a tongue-in-cheek look at Australia's isolation during the pandemic.

"He's quite the catalyst for the whole lamb roll out plan... we think it was the role he was meant to play, being right at the centre of things and being the guy that you call when you definitely need the job done.

"He loved the role and he's a lot of fun to have."

Mr Yardy said even the MLA board of directors only got to see the advertisement days before its launch.

"Only the immediate team that's actually been privy to the script and working on it actually sees it before then," he said.

"We do keep it under lock and key, we get a lot of requests about when it's coming out and what's it going to be about and we always want to tease a little bit, but we don't want to give the game away.

"We always try to pick the topic that we think is going to be on people's minds. If you were getting together for a summer barbecue, what would you be talking about with people that you maybe hadn't seen for a while?"

And while the television commercial is now out there, it's just the start of the six-week campaign, which will see lamb promoted across supermarkets, butcheries and in restaurants.

"There are a few jokes that hit the cutting room floor and we actually have a few things up our sleeve in the campaign that mightn't have made the final cut so stay tuned, there might be something coming along soon," Mr Yardy said.

"The process of writing is one where you start with a lot of ideas and you whittle it down to the strongest ones." 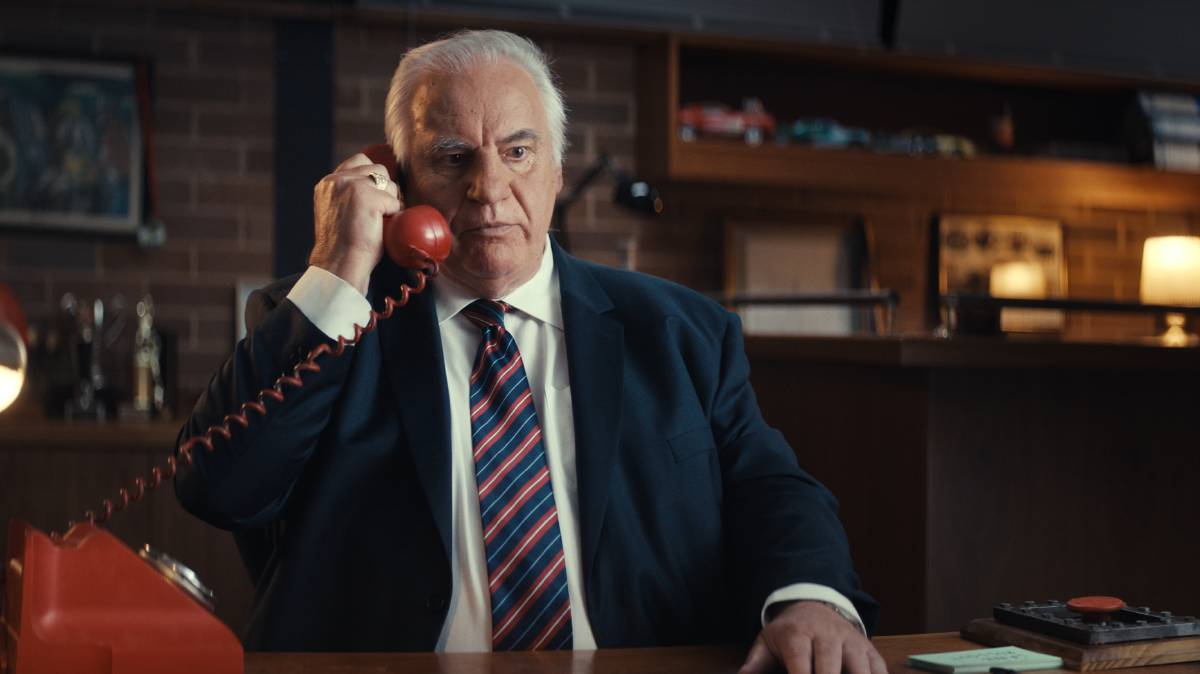 Sam Kekovich plays a starring role in the MLA summer lamb commercial for 2022.

Mr Yardy says promoting cooking ideas to consumers is a key part of the campaign.

"One of the things we know with lamb is people do find it challenging to cook.... they're worried about overcooking it and wondering what flavours go with it, so we do focus on thinking about education," he said.

"Just because we show a whole lot of cutlets in the ad, there's a lot of other great cuts like shoulders and ribs which are absolutely tasty and can be really great value as well."