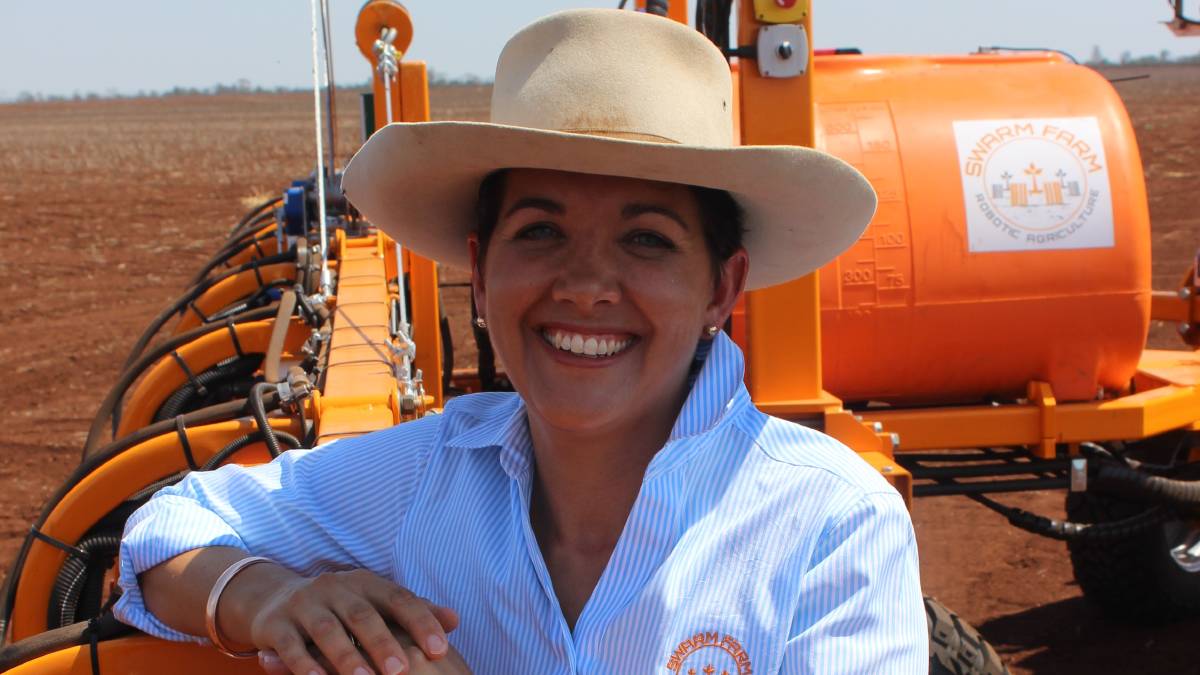 A PARTNERSHIP between Australian start-up SwarmFarm and global engineering giant Bosch will see autonomous farming robots for sale next year.

“This cements our longstanding strategic relationship with Bosch,” he said.

“We’ve been working with Bosch for at least twelve months and it’s proven to be a great working relationship and this takes it to the next level.”

Mr Bate said SwarmFarm already had eight robots currently running in the field, with another fifty pre-production units to be released to select farmers early next year.

“We are now building toward a commercial product we can deliver to farmers,” he said. “Partnering with Bosch will allow us to increase engineering reliability and strengthen the robots.”

Gavin Smith, president of Bosch Australia, said the technology was the next step in agriculture.

“We are entering the fourth revolution in agriculture, which now includes automation, sensing equipment, cloud computing and real-time data usage,” he said.

“We are delighted to be partnering with SwarmFarm to help bring about this transformation in Australian farming and the rest of the world.

Jocelyn Bate, co-founder and director of SwarmFarm said while the partnership would move them to the next level, they would retain the  advantage of the development team being based on-farm in Central Queensland.

“The value of us being farm based is having our guys in the paddock solving real problems,” she said.

“It has got its limitations, frustrations and challenges, but it’s a real part of how we keep the technology real.”

Mrs Bate said SwarmFarm had the unique ability to identify farmer problems as well as ground truth the solutions.

“I think being connected to farmers is important to our business,” she said.

“Robotics will enable so much more than the basic spray application, it will be all the other attachments that will solve farmers problems.”

Working with Bosch has allowed SwarmFarm to finalise a key part of the platform, the SwapNostics system.

Mr Bate said SwapNostics simplified technology allowing all parts of the robots to be exchanged by the farmer.

Everything, even down to the wiring and cables can be swapped in forty five minutes by a farmer - Andrew Bate

“It empowers farmers to diagnose and fix machines themselves and keep technology working in their paddocks,” he said.

“Everything, even down to the wiring and cables can be swapped in forty five minutes by a farmer.

“It breaks down the technology into bite size pieces."

An ethos of SwarmFarm is to enable farmers to explore new farming systems through the use of smart, mobile automated robots.

Mr Bate said the price and scale-ability of the SwarmBot platform would make technology accessible to farmers of all sizes, rather then having to make an initial machinery outlay of up to half a million dollars.

“This is technology in small portions, a small farmer can put one in his paddock and he has access to the latest and greatest technology out there,” he said.

“A large farmer can use multiples of that same bit of technology.

“It puts technology in the hands of every farmer.”

Mr Bate said enabling farmers would help them remain productive and sustainable into the future.

It puts technology in the hands of every farmer - Andrew Bate

“This ultimately leads to new farming methods, new practice change in agronomy and how people grow and plan their cropping cycle,” he said.

“It allows farmers to have more tools in their toolbox in terms of what machinery and technology they use in their paddocks, because its small.”

Mr Bate said his business aimed to introduce change and new farming practices into agriculture, rather then be only focused on an automated future.

“SwarmFarm never set out to automate agriculture, we set out to create new farming systems,” he said.

“The platform empowers farmers to apply new farming technology in their paddocks.

“It simplifies technology and puts it into a package that farmers can actually use.

“It allows them to create new farming systems, to use new tools and new attachments, that were never going to work on the back of a tractor.

“We believe that robots are what comes after the tractor, not an incremental improvement on the tractor.

“It’s one thing that sets SwarmFarm apart, we are all about new farming systems and new techniques.”

Mr Bate said while the deal moved SwarmFarm to the next level, the product was tried and tested.

“We’ve been working on our technology now for three years full time,” he said.

“Prior to that we had worked with universities.

“We’ve got thousands of hours of field experience.”