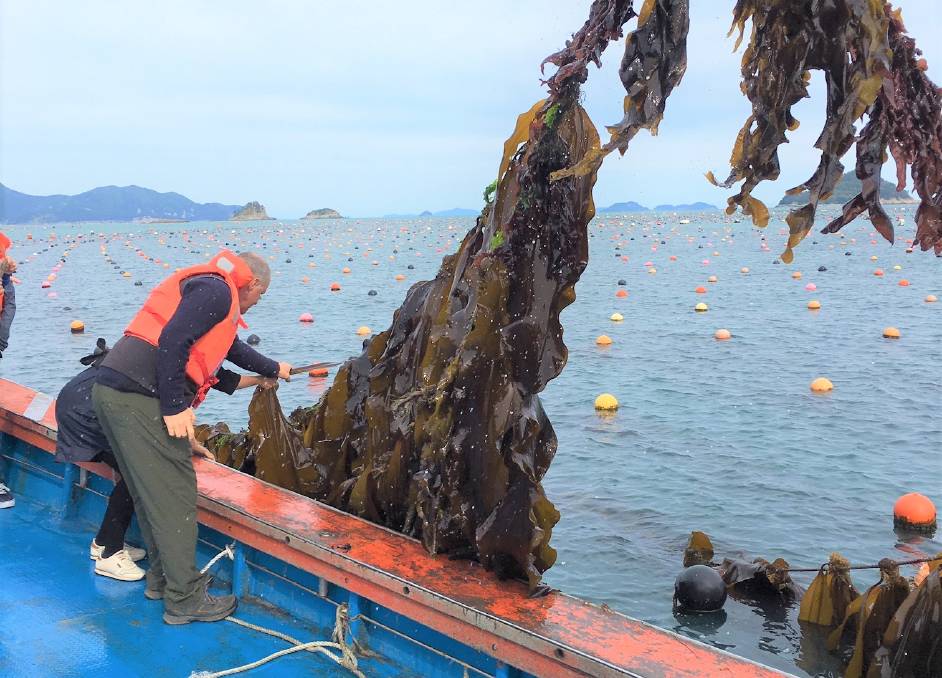 Seaweed farming in South Korea where it is a large industry. Photo: Australian Seaweed Institute.

Farmed seaweed's prospects as a livestock feed, fertiliser, and a carbon sink alternative to locked-up land vegetation areas make it far more than just a trendy inclusion in salads and sushi rolls.

AgriFutures Australia has calculated our largely ignored natural sea grasses and kelp could be cultivated into a $1.5 billion industry in the next two decades.

The seaweed sector could employ 9000 people and reduce greenhouse gas emissions by 10 per cent.

Already an $8b a year industry overseas and tipped to be worth $30b by 2025, local seaweed farming should at very least enable Australia to replace some of the $50 million spent annually on imported seaweed.

Genuine options also existed to use seaweed to make bioplastic products which won't harm the environment as they break down and may even be eaten, said Australian Seaweed Institute chief executive officer, Jo Kelly.

Seaweed based bioplastics and textiles were tipped to be a global industry worth almost $10b by 2023, while seaweed for the cosmetics market was set to be a $20b business.

"Food wrapping and takeaway containers can be made from seaweed, too," said Ms Kelly, whose not-for-profit institute has just compiled the Australian Seaweed Industry Blueprint, backed by AgriFutures, to highlight the emerging sector's opportunities.

"Native seaweeds are likely to have a host of valuable compounds which could be developed into new products using advanced manufacturing techniques".

They may potentially provide a buffer around the sensitive Great Barrier Reef, and then be harvested and recycled as seaweed-based fertiliser - already a $3b global industry. Ms Kelly said at least one Pacific prawn farm in North Queensland already cultivated seaweed to filter waste water before it discharged into the ocean.

On land, seaweed has emerged as an exciting prospect for the cattle industry after scientific research identified how small quantities of the native cold water species, asparagopsis, could cut cattle methane emissions to almost nothing when added to an animal's feed.

Beef and dairy cattle also grow and produce milk more efficiently when the seagrass is included in their diet, according to overseas studies.

FutureFeed expected its product could fully service Australian and New Zealand feedlots and dairies within five years if enough asparagopsis can be grown and harvested.

Chief executive officer Andrew Gatenby said designated areas for marine farming existed along the coastline of each state and could be producing some form of seaweed crop at rates of about 20 tonnes of dry matter a hectare.

Kelps and sea grasses have other livestock nutritional values, too, including amino acids already used in commercial supplements to assist in tissue repair, ease transportation and yarding stress and help the protein balance in sheep, cattle and horses.

Mr Gatenby said livestock in coastal zones had been feeding on beached seaweed for centuries and doing well, but cattle tended to avoid eating too much at once.

"We're at the very early stages of developing a seaweed industry in Australia, but it could have many different advantages for farmers," he said.

We've consulted with industry and identified a $100m-plus opportunity over the next five years, - Jo Kelly, Australian Seaweed Institute

Although Australia had no commercial scale ocean seaweed farms and no industry development plan, Ms Kelly said rapid change was on the horizon.

"We've consulted with industry and identified a $100m-plus opportunity over the next five years, with potential to scale to $1.5b in 20 years," she said. 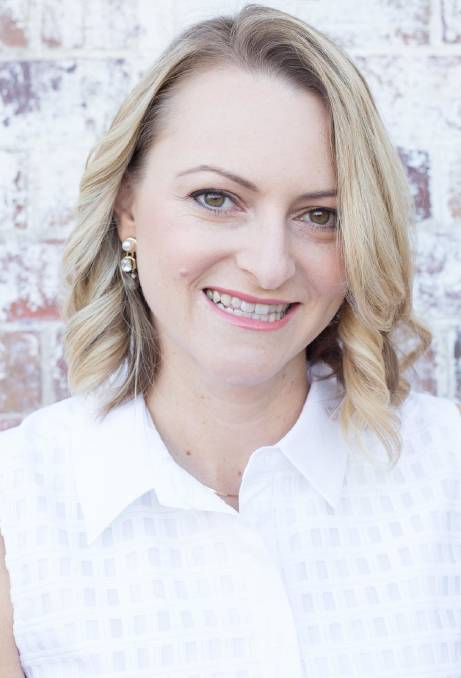 The carbon sequestering advantages from the new aquaculture industry could be a major bonus.

"Seaweed is extra forest area we've not thought about before, and it absorbs much more carbon dioxide than a rainforest," she said.

In fact, research suggests it sequesters five times as much carbon as land-based plants.

"We're just scratching the tip of the iceberg at present - research developments involving Australian seaweed species have potential to contribute to global health and nutrition while adding significant value to our economy."

We need a plan

"We encourage seaweed producers to consider the opportunities outlined in the blueprint," he said.

"We look forward to facilitating collaboration between research organisations, government and investors to realise the industry vision of becoming a high tech and high value, sustainable industry to support thriving oceans and coastal communities."

Sponsored by
Northern Hemisphere cropping conditions are weighing on the minds of local trade.
Test
Will Evans is the new chief executive officer of the NT Cattlemen's Association.
Test
Too many years of below average rainfall and too long between decent falls is really starting to show in central west Qld.
Test
Australia's seafood industry is expecting farmed salmon, prawns and oysters to help lift the sector back into positive territory.
Test
Struggling to find workers will push horticulture innovation, says ABARES.
Test
Agriculture should be proud of standing tall during one of the toughest years on record, the Ag Minister says.
Test
Australia's dairy farmers must embrace educational opportunities to better adapt to industry challenges and drive future growth and profitability.
Test
ABARES forecasts a lift in the EMI, but global demand is still at the mercy of Covid-19.
Test